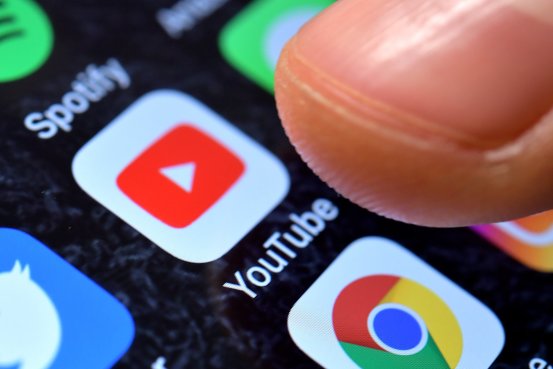 A fresh wave of advertisers suspended commercials on YouTube after their ads showed up next to videos that appeared to attract pedophile viewers.

The backlash Friday was the latest over what critics say is the inability of YouTube owner Google, and parent Alphabet Inc., to effectively police the video service and assure advertisers their spots won’t end up accompanying inappropriate or offensive content.

Big brand advertisers, including candy maker Mars Inc., sportswear firm Adidas AG, alcohol giant Diageo PLC and British satellite-TV operator Sky PLC’s Now TV subsidiary, said they had stopped advertising on YouTube. They responded after the Times of London reported that ads for those companies were popping up next to videos of young children, many of which drew lewd comments from viewers.

Other recent reports in the news and on social media have highlighted YouTube videos with millions of views that exploit children by putting them in compromising or predatory situations.

A spokesman for YouTube said Friday that the video-sharing service forbids videos and comments that sexualize or exploit children, and that the videos in question should never have displayed any ads. “We are working urgently to fix this,” the spokesman said.

The ad suspensions—hitting YouTube on Black Friday, the traditional kickoff for the holiday shopping season—follow similar action by advertisers earlier this year. In March, for instance, companies, U.K. political campaigns and government agencies pulled YouTube ads after discovering they appeared before extremist or racist videos, following reports from the Times of London and The Wall Street Journal.

In response, YouTube gave advertisers new tools to control where their ads appear. The site also took steps to remove unsavory content, including adding more human reviewers and boosting its use of artificial intelligence.

YouTube said this week that it has removed ads from 3 million videos under its new policies, and planned to pull ads from another 500,000 videos as it further strengthens its rules. The site said it also removed 50 YouTube channels for endangering children.

“While we have made significant changes in product, policy, enforcement and controls, we will continue to improve,” the YouTube spokesman said Friday.

The advertiser backlash earlier this year appeared to have little impact on Alphabet’s overall business, which has continued to post record sales and profits. Three months after advertisers pulled spending in March, some had returned.

Advertisers don’t want their brands associated with objectionable content and as well can face criticism if their advertising money goes to support the videos’ creators. Advertisers pay roughly $7 to $12 for 1,000 views, and creators split that revenue with YouTube.

The Times of London reported that YouTube videos featuring young girls—in many cases apparently filming themselves, sometimes in underwear—drew hundreds of pedophiliac comments, including encouragement to do lewd acts and links to child-abuse content. The Times reported that the site displayed recommendations for similar videos, such as a view of naked toddlers taking a bath.

News Corp owns both the Times of London and The Wall Street Journal.

Google struggles to police YouTube because its cache of videos is too vast for humans to review and software isn’t able to detect much of the unsavory content on its own. And the latest twist to ill-placed ads only complicates such policing. Videos, if posted innocently, might not in and of themselves violate YouTube’s terms of service; however, many comments posted by viewers clearly do.

YouTube said Friday that “in the last week” it has “disabled comments on thousands of videos that we’ve identified as of potential interest to predators and shut down hundreds of accounts identified as making predatory comments.”

A spokeswoman for Diageo, the owner of the Smirnoff and Johnnie Walker, said the company won’t advertise again on YouTube until “appropriate safeguards are in place,” adding that the company is “deeply concerned” and “investigating this as a matter of urgency.”

Mars said it has suspended advertising on Google globally. “We are shocked and appalled to see that our adverts have appeared alongside such exploitative and inappropriate content,” a spokesman said. Representatives of Now TV, a television and internet provider in Britain and Ireland, and as well as London’s Enfield Council, a municipal body, issued similar statements.

A spokesman for Adidas said the company has stopped advertising on YouTube in most markets around the world until Google can investigate and resolve the issue. A spokesman said the firm has “taken immediate action, working closely with Google on all necessary steps to prevent this from happening again.”

—Jack Nicas contributed to this article.

Write to Stu Woo at Stu.Woo@wsj.com and Sam Schechner at sam.schechner@wsj.com

Appeared in the November 25, 2017, print edition as ‘YouTube Deals With Another Advertiser Backlash.’

Qantas using its cargo hold for sleep and exercise? It’s one...

Can Israel’s Clash With Iran Be Contained in Syria?

Blue Christmas? For Teens, Depression Can Worsen This Time Of Year

Trump’s State of the Union slogan was used before… by Hillary...