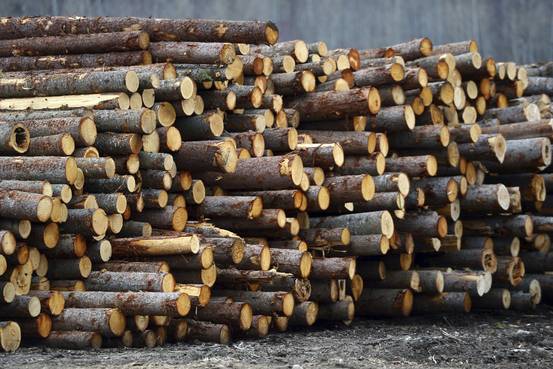 OTTAWA—Canada is challenging the Trump administration’s use of tariffs in a complaint filed with the World Trade Organization, just weeks before crucial talks on revamping the North American Free Trade Agreement get under way in Montreal.

Canada says the complaint, made public Wednesday, is part of “broader litigation” to defend the country’s softwood-lumber producers, which were hit last year with U.S. tariffs of 20% or more. The complaint alleges the U.S. application of tariffs, and their calculation, are “inconsistent” with WTO obligations.

Trade-law experts say Canada’s WTO filing is among the broadest challenges to date against the U.S. practice of imposing countervailing and anti-dumping tariffs against imports it deems to be hurting U.S. industries. U.S. Trade Representative

criticized Canada’s complaint as “ill-advised” and “unfounded,” adding the move “could only lower U.S. confidence that Canada is committed to mutually beneficial trade.”

While softwood is not a subject being addressed in the Nafta talks, some trade watchers said the complaint nonetheless will add tension around discussions when they resume later this month in Montreal.

“This to me is putting an extra finger in the eye” of the Trump administration, said

a trade lawyer who practices in Toronto and New York. “This is a very aggressive move…and I don’t know whether this is the right time to file this particular case.”

Canada has adopted a more pugnacious approach toward President

administration on trade as Nafta talks have evolved. Canadian officials have said some of the changes the Trump administration wants in Nafta are “wholly unworkable,” most notably on the auto-production side and how disputes are resolved among the Nafta partners.

At the same time, Canadian officials have worked behind the scenes to press their agenda in meetings with members of Congress, state lawmakers and business groups in hopes that influential allies across the U.S. will support keeping Nafta in place.

A report published Wednesday from the Reuters News Agency said Canadian officials are “increasingly convinced” Mr. Trump will withdraw from the continental trade pact after the conclusion of the Montreal round, though the White House later said there has been no change in Mr. Trump’s position. The report weighed on the Mexican peso, and led to a drop in the share prices of

A senior Canadian official said the government has no information suggesting Mr. Trump will imminently follow through on his oft-repeated threat to withdraw from Nafta and said Canada continues to work toward finding common ground with the U.S. and Mexico.

Besides softwood lumber, the U.S. has targeted Canada with tariffs on jetliners made by Montreal-based

following a complaint from

; and on Canadian-made newsprint, in a decision issued Tuesday. The Trump administration has vowed to impose tariffs and take other steps to protect U.S. industry from what it believes are unfairly traded imports.

“Canada is taking a run against the entire U.S. trade regime, and it’s sort of carrying the flag for other countries that are getting nailed for these measures,” said

a senior fellow at the Peterson Institute for International Economics in Washington, said Canada’s complaint could be viewed as laying the groundwork for trade with the U.S. should Nafta be terminated.

“It is making the point that if Canada will be treated as an outsider, then this is one way it will have recourse, but it is also hedging against the real risk that Trump may end Nafta as we know it.”

—William Mauldin contributed to this article.

Write to Paul Vieira at paul.vieira@wsj.com

How To Truly Become A Digital Nomad

5-foot robotic snake is designed to find the source of pollution...

Computers and the Internet

Elton John invests in Qloo, a startup that analyzes your taste

Google Will Block Spammy Ads (Just Not Many of Its Own)

Greece Moves to Block Asylum for Turkish Officer Tied to 2016...