Starting on Thursday, Google’s Chrome browser will block certain types of online advertisements, a change Google is describing as user friendly. But some in the industry say the ad giant’s move is self-serving, and they contend Google overly influenced the process that selected which ad types to block.

Google, a unit of Alphabet Inc., describes the new policy as the work of a collective, industry-wide effort designed to rid the internet of spammy ads like pop-ups, and make other ads more appealing to users.

Some people involved in that initiative say it wasn’t a true joint effort but a Google-dominated one that, while reducing ads widely considered annoying, also could ultimately help Google’s bottom line.

Google is a behemoth in the digital ad industry. About $3 out of every $10 spent on digital ads goes to Google, which generated over $95 billion in ad sales last year. Some critics of the company’s new policy say advertisers may shift more dollars to Google sites and products, which are less likely to be blocked by the Chrome browser. The browser is used by more than 59% of internet users.

Google’s ad-blocking effort is unfolding as the U.S. and European government officials have raised concern about the growing economic power of tech giants.

“This looks like an effort by Google to use its strong market position in browsers in order to prevent users from adopting third-party apps that block ads Google wants to make money from,” said Gary Reback, a Silicon Valley antitrust lawyer who helped persuade the Justice Department to launch its antitrust case against

in the 1990s. He now represents an ad-blocking company that has filed an EU antitrust complaint against Google in a separate matter.

Google denies having undue influence, saying it is one of many companies involved in developing the rules through the Coalition for Better Ads, a group of advertisers, publishers and tech companies that set the ad-blocking rules. A Google spokeswoman said the company remained “committed to improving the online ad experience, working in collaboration with the advertising industry” through the coalition.

In a press release announcing the coalition in September 2016, Google’s name appeared once, in the final paragraph, in an alphabetical list of 18 members, including

and News Corp, owner of The Wall Street Journal.

Several coalition members said Google conceived of the coalition and performed the bulk of the research that informed its rule-making process. Google executives were among the most influential voices on its committees and helped steer its decision making to favor its own ad formats, the people said.

Google began conducting research on what types of ads consumers found most annoying in 2015. The following year, Google executive

met with advertising and publishing executives to gather support for a new initiative that would essentially curb the role played by ad blockers, according to people who were present.

In the meetings, Mr. Spencer proposed blacklisting certain types of ads, the people said. The ad standards could be voluntarily adopted by industry groups, or even enforced by browsers or ad-blocking software, he said. Executives were asked to sign nondisclosure agreements barring them from discussing the meetings.

Venable LLC, a Washington-based law firm, was hired by three ad trade groups including Interactive Advertising Bureau to set up and manage the coalition, said the firm’s chairman

Soon after the coalition was established, it voted to adopt Google’s research, Mr. Ingis said. Google had surveyed consumers on dozens of ad formats and ranked them by how “annoying” they found each one. Long, skinny rectangles on the side of the screen were found the least annoying; full-screen messages with countdown timers were among the most annoying.

The coalition worked with Google to improve the research, including deciding on a number of additional ad formats to test, said one person involved in the process. Google tested 55 desktop ad formats and 49 mobile formats and presented the findings to the group.

Google’s leading role in the standard-setting process troubled some of the coalition’s members, who observed that the blacklisted ad formats generally don’t apply to Google’s own business, according to people who were part of the process. Google generates most of its revenue from text search ads and rectangular display ads, rather than the visually rich media ads that will be banned by the coalition.

“They are creating a standard that doesn’t apply to them,” said

president of mobile-ad startup Kargo, one of 17 members on the coalition’s board.

Some of the members lobbied the coalition to make exceptions, including Facebook, which argued that the social network should be excluded from a rule banning videos that automatically play with sound. Bounce Exchange Inc., a pop-up ad maker, argued the pop-up ad rule should be changed to exclude ads that appear when a user is idle for more than 30 seconds. Both efforts were successful.

Google didn’t test one of its own most prominent ad formats, the ads that run on YouTube videos for several seconds before users can skip them.

The Google spokeswoman said the coalition plans to test video ads in the future. Some of Google’s own ads are likely to be blocked by Chrome since non-compliant sites will have all ads blocked, she added.

Mr. Spencer said Google has given ample warning to the affected publishers. He said that less than 1% of the web’s most visited sites—under 1,000 of them—are currently out of compliance with the rules.

contributed to this article.

Write to Douglas MacMillan at douglas.macmillan@wsj.com 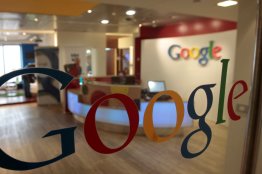 This article has been sent to

Should Dany and Jon hook up on 'Game of Thrones' or...

In France, Some Say #MeToo Has Gone Too Far