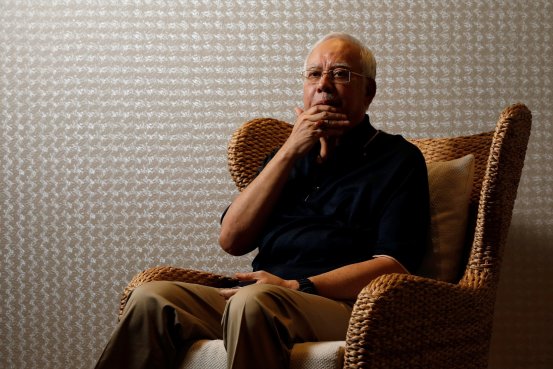 KUALA LUMPUR, Malaysia—Police here said Thursday that they are opening a new investigation into the 2006 murder of a Mongolian model by two of former leader

bodyguards, after his rivals made the mystery surrounding her death an element in their successful campaign to defeat him in May elections.

The two security officers abducted 28-year-old Altantuya Shaariibuu in a leafy Kuala Lumpur suburb, forced her into a car and drove her to a jungle clearing several miles away, one of the men told police.

One of the officers then held her down as she pleaded for the life of the unborn child she said she was carrying, according to the police statement; the other officer shot a bullet through her head and fired a second when he saw her arm still twitching. They stripped her and blew apart her body with military-grade C-4 explosives, police said. The crime scene, her father later said, looked like a war zone.

The two men were convicted and sentenced to death in 2009.

Now, more than a decade after the murder, Malaysian Prime Minister Mahathir Mohamad has expressed interest in getting to the bottom of whether anyone ordered Ms. Shaariibuu to be killed, and if so, why.

During the campaign for the May 9 election in which he unseated Mr. Najib, Mr. Mahathir’s opposition alliance erected billboards across Malaysia saying “Who Killed Altantuya?” and “Justice For Altantuya.”

“The people concerned, the relatives and all that, will certainly want to see a fair trial carried out by the Malaysian government. They know many things were covered up,” Mr. Mahathir told The Wall Street Journal last week, before police said they would open the new investigation. “I think we have to do our best and show that we are serious about this,” he said.

—who confessed to the crime but, after telling police he was the shooter, later said he didn’t pull the trigger—fled to Australia, where authorities have held him for three years, unwilling to send him back to face a death sentence.

But a motive has never been established for the killing. Police now say there are sufficient grounds to take another look.

“The most important thing is who ordered the murder,” Mr. Shaariibuu, a university professor, told reporters this week during a visit to Malaysia where he met Mr. Mahathir.

a friend and adviser to Mr. Najib who said in court that he was having an affair with the model, was charged with abetting murder and later acquitted. Mr. Najib—defense minister at the time of the murder and next in line to become prime minister—wasn’t named a suspect in the case.

A person familiar with the thinking in the Najib camp said that if any charges were brought against the former prime minister relating to the crime, they wouldn’t withstand a trial.

Mr. Mahathir is also pushing for the prosecution of cases of alleged corruption during the Najib years. Key among those is the disappearance of billions of dollars from state investment fund 1Malaysia Development Bhd. Mr. Mahathir has initiated a new criminal investigation of the former prime minister and his family; an earlier Malaysian investigation of 1MDB found no fault by Mr. Najib, and he and the fund said they did nothing wrong.

In the new murder investigation, Malaysia’s police will report to the attorney general’s office, which would decide whether to press charges.

Mr. Shaariibuu has described his daughter as a strong-willed child. She spent part of her childhood in Russia before returning to Mongolia’s capital, Ulaanbaatar, where she married a techno DJ but quickly divorced. She had two children she left with her parents, her father has said.

Mr. Razak, the Najib adviser, said during his trial that he met Ms. Shaariibuu at a diamond exposition in Singapore and began an affair, traveling together to Shanghai, Singapore and Paris. When he tried to break it off, she began demanding money, said Mr. Razak, who is married.

He hired a private detective to keep an eye on Ms. Shaariibuu; the detective told police he once saw her outside Mr. Razak’s home, shouting, “Razak, bastard, come out!”

Mr. Musa wasn’t called to testify in the trials of Mr. Razak or the two bodyguards. During the recent election campaign, opposition candidates repeatedly asked why. Mr. Musa couldn’t be reached for comment.

In 2008 and 2009, American diplomats wrote in confidential cables released by WikiLeaks that political interference had limited the scope of the trial, and noted that Mr. Musa was never called as a witness.

In mid-2008, midway through the trial, Mr. Razak’s private investigator emerged with an explosive claim.

Ms. Shaariibuu had told him that Mr. Najib had also been her lover, said the investigator, former policeman Balasubramaniam Perumal, or PI Bala as he became known.

Mr. Bala was upset that none of the reports he provided to police investigators made it into the trial, said his lawyer,

“He was disgusted,” Mr. Sidhu said.

First, Mr. Najib called a press conference and denied knowing Ms. Shaariibuu. He later affirmed in a mosque that he had never met her.

Mr. Najib’s wife, Rosmah Mansor, meanwhile, telephoned a business associate and told him to persuade Mr. Bala to withdraw his allegation, according to the businessman, Deepak Jaikishan.

Mr. Jaikishan has also acknowledged that he took Mr. Bala to meet two of Mr. Najib’s brothers and Mr. Najib’s lawyers, and that Mr. Bala was warned that his family would be in danger if he didn’t backtrack on his allegation.

Mr. Najib and his family and lawyers have asked that a related civil suit on the matter be dismissed.

After signing the statement, Mr. Bala and his family traveled to Singapore and then to India. There, Mr. Jaikishan said, he provided a stipend for their support; the family said it wasn’t enough. A few months later, in April 2009, Mr. Najib became Malaysia’s prime minister.

Mr. Najib and his wife and family have denied this account of events by Mr. Jaikishan.

Ms. Shaariibuu’s death weighed on Mr. Bala, the investigator said in a series of video statements recorded with his lawyer. In 2013, he returned to Malaysia to declare to reporters at the airport that his first statement, that Mr. Najib had been involved with Ms. Shaariibuu, was the truth. His goal, he said at the airport, was to topple the government so that his family could again live in Malaysia.

He didn’t live to see that happen.

Write to James Hookway at james.hookway@wsj.com

The 100 most exciting startups in New York City

Juicero may be the absurd avatar of Silicon Valley hubris, but...

7-year-old asks a news anchor if she’s single and it’s the...

Born to Be Wild

‘Welcome to the Jungle’ wants to create a media company about...

Tyrus Wong, The ‘Bambi’ Artist Who Endured America’s Racism, Gets His...

How to Survive a Robot Apocalypse: Just Close the Door